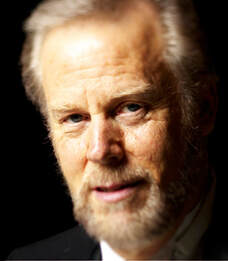 “Have you heard of the pianist Robert Hamilton? Out of curiosity I bought his CD of Mozart Piano Sonatas and was completely taken by surprise. His interpretations are totally amazing, with many fascinating sounds and complete stylistic maturity. I subsequently found his recording of Ravel and Rachmaninoff works. Hamilton’s greatness includes a masterful control of piano sonorities. When playing Ravel, he demonstrates the breadth of his tremendous technique, creating the most subtle changes of colors and such inner beauty that at times the sound walks with a deep melancholy feeling. His Miroirs is unquestionably the equal of any ‘historically best’ interpretation. Robert Hamilton is a living Ravel genius.”  - Keju Zhang, “Top 10 Available Albums in 2018”, Classics Overseas

Nielsen/Ravel: A Journey, Robert Hamilton, Music CD – Barnes & Noble/Summit Records
"This flat-out fabulous recording contains an ingenious selection of repertoire: Nielsen and Ravel, the Danish modernist and the French impressionist, together for the first time. To open the disc, there’s Nielsen’s monumental ‘Chaconne’, one of the greatest works in the form since Bach took it on. After it fades into the ether, there’s the balm of Ravel’s ‘Pavanne pour une Infante défunte’, followed by the bite of Nielsen’s ‘Three Piano Pieces’ and the dread of Ravel’s ‘Le gibet’. Then, after the respite of Nielsen’s quirky ‘Humoreske-Bagatelles’ comes the same composer’s mighty ‘Lucifer Suite’, with its extremely maniacal closing movement. Finally, as a magical epilogue comes Ravel’s simple but sublime ‘Ma mère l’oye’ (recorded in the rare piano 2-hands version). Each piece moves inevitably and ineluctably to the next, and the aesthetic whole is much more than the sum of its brilliant parts.
On top of that, there’s the magnificent virtuosity of the performances by American pianist Robert Hamilton. Hamilton has the audacity to take on some of the hardest pieces in the solo piano repertoire - hardest not only because of their frequent technical difficulty, but also because of their occasional extreme simplicity - and play them with a combination of effortless control and hair-raising bravura that makes his performance absolutely irresistible. Hamilton captures the restrained grief of the ‘Pavane’, the radiant violence of the ‘Lucifer’ and the luminous consolation of ‘Le jardin féerique’, and yet encompasses them all in his own strong-willed sensibilities. To cap it off, the recorded sound is terrific.”  - James Leonard,  All Music Guide

"Nielsen/Ravel: A Journey presents a world of expression and feeling rarely encountered.  With Hamilton’s great depth of sound and his unmatchable performances, this CD is a revelation!”   - American Record Guide

Robert Hamilton: Mozart
“I never expected to hear anyone play Mozart so sensitively in this day and age; almost unbelievable beauty! This is the perfect recording of Mozart’s piano music.”
- American Record Guide

Miroirs
“Hamilton has a blazingly brilliant approach to this repertory, delivering very powerful and often breathtaking interpretations of Ravel and Rachmaninoff. One exposure to these performances will make any future interpretations seem pallid.”  - Audiophile Audition

“Hamilton’s playing is full of integrity, rare brilliance and grandeur. In the end, I was left with the feeling that this is a pianist I would like to have studied with.”
​- American Record Guide

Robert Hamilton
“The Aurandt Sonata is a gigantic chunk of music with virtuosity so demanding it can only be played by an artist of steely endurance and fabulous technique.  This is a performance in the heroic tradition.”  - Arizona Republic

“The Aurandt Sonata is a virtuoso piece with touches of Rachmaninoff and Debussy. It works very well under Hamilton’s hands, but then again, he is a very fine pianist. His performance of Chopin’s F minor Ballade is one of the best of the million or so around.”  - Harold C. Schonberg, American Record Guide

Washington D.C. Post: “Robert Hamilton is a pianist with big concepts, a beautiful array of sounds, and sensitive use of all the resources of the piano.”

Washington D.C. Star: “He displayed the same barbaric energy and drive that Prokofiev had as a pianist.”

Baltimore Sun: “He exhibited strong fingers and the dexterity of a virtuoso. At the same time, there were exquisite moments of pedaling and textural beauty.”

London Daily Telegraph (debut): “Robert Hamilton is a powerful player, and his virtuosity was never in doubt.”

Nachrichten, Salzburg: “Hamilton’s performance of Stravinsky's 3 Scenes from Petroushka even surpassed Gilels’, offering a brilliance and clarity that few can equal.”

El Plata, Montevideo: “It would be difficult to imagine a more exciting performance of the Tchaikovsky Bb Minor Concerto”

Die Welt, Berlin: “This was the most richly rewarding piano recital here in recent times.”

Het Vrije Volk, Amsterdam (debut): “Hamilton is a pianist of the highest rank. All of his impressive qualities point to a great career.”